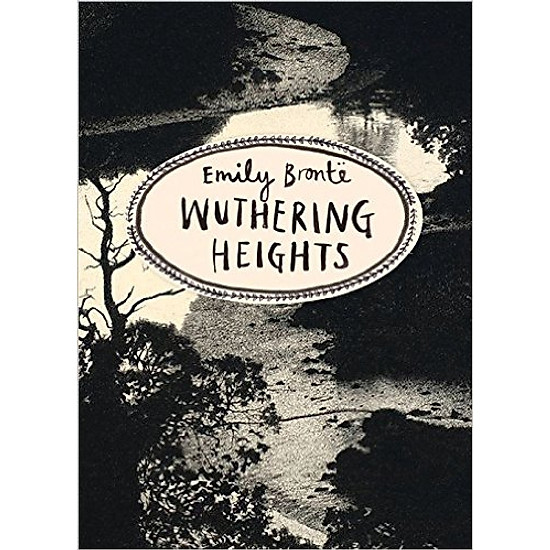 Wuthering Heights Wuthering Heights is the tale of two families both joined and riven by love and hate. Cathy is a beautiful and wilful young woman torn between her soft-hearted husband and Heathcliff, the passionate and resentful man who has loved her since childhood. The power of their bond creates a maelstrom of cruelty and violence which will leave one of them dead and cast a shadow over the lives of their children. Emily Brontë′s novel is a stunningly original and shocking exploration of obsessive passion 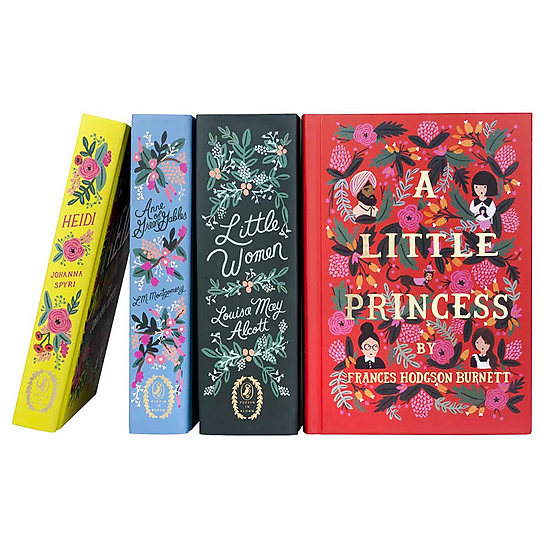 The Puffin In Bloom Collection

The Puffin In Bloom Collection Puffin in Bloom: A collection of classics with stunning cover art by renowned stationery brand Rifle Paper Co.′s principal artist, Anna Bond, now available as an exquisite gift set! Featuring all four Puffin in Bloom classics with illustrated covers by Anna Bond in a charming keepsake box designed in her signature style. Box includes: Anne of Green Gables, Heidi, Little Women, and A Little Princess'Puffin in Bloom’s lush new editions of children’s classics are sure to entertain older girls.' – Vogue 'Read ‘em and keep: Chic…As a gift or on your shelf, they speak volumes.' – O, The Oprah Magazine 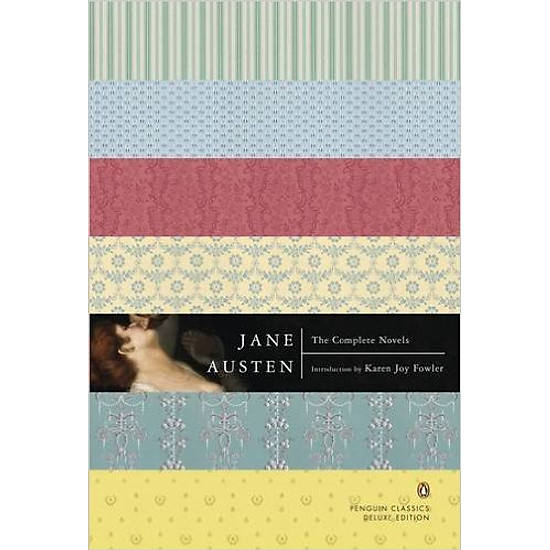 The Complete Novels (Penguin Classics Deluxe Edition) Now in Penguin Classics Deluxe: a treasure trove of Jane Austen′s novels Few novelists have conveyed the subtleties and nuances of their own social milieu with the wit and insight of Jane Austen. Here in one volume are her seven great novels: Sense and Sensibility, Pride and Prejudice, Mansfield Park, Emma, Northanger Abbey, Persuasion, and Lady Susan. Through her vivacious and spirited heroines and their circle, Austen vividly portrays English middle-class life as the eighteenth century came to a close and the nineteenth century began. Each of the novels is a love story and a story about marriage—marriage for love, for financial security, for social status. But they are not romances; ironic, comic, and wise, they are masterly evocations of the society Jane Austen observed. This beautiful volume covers the literary career of one of England’s finest prose stylists of any century. A Penguin Classics Deluxe Edition with French flaps and luxurious packaging Features the definitive Penguin Classics texts recommended by the Jane Austen Society New introduction by bestselling author of The Jane Austen Book Club Karen Joy Fowler For more than seventy years, Penguin has been the leading publisher of classic literature in the English-speaking world. With more than 1,700 titles, Penguin Classics represents a global bookshelf of the best works throughout history and across genres and disciplines. Readers trust the series to provide authoritative texts enhanced by introductions and notes by distinguished scholars and contemporary authors, as well as up-to-date translations by award-winning translators. 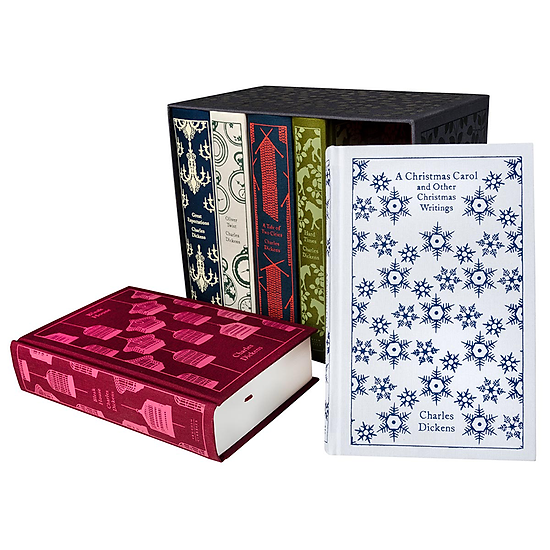 Major Works Of Charles Dickens In the history of British literature, a handful of names stand out as being particularly gifted and influential. Charles Dickens is one of them. 2012 marked the 200th anniversary of the birth of Dickens, one of the most popular and widely celebrated authors of all time. That year, Penguin issued this wonderful boxed set of 6 of his major works in a custom box to mark the occasion. Each book in the collection features its own decorative binding, designed by Penguin artist Coralie Bickford-Smith, that calls to mind the enduring themes of these beloved classics. Includes: Great Expectations Hard Times Oliver Twist A Christmas Carol Bleak House A Tale of Two Cities 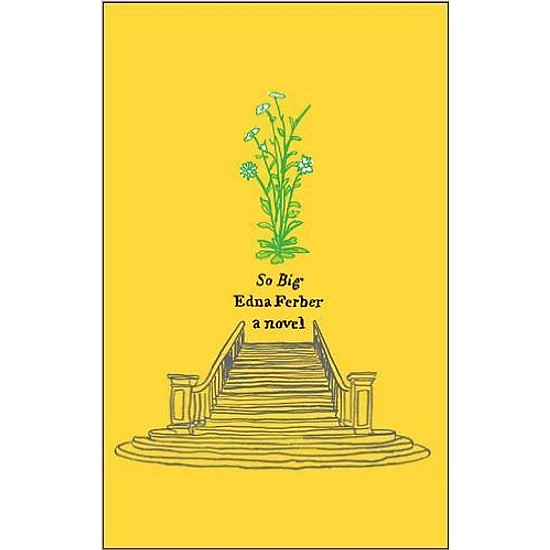 So Big: A Novel

So Big: A Novel Edna Ferber’s Pulitzer Prize-winning novel is a rollicking panorama of Chicago′s high and low life at the turn of the twentieth century - now available in a limited Olive Edition. 'A masterpiece. . . . It has the completeness, [the] finality that grips and exalts and convinces.' - Literary Review Winner of the Pulitzer Prize and widely considered to be Edna Ferber′s greatest achievement, So Big is a classic novel of turn-of-the-century Chicago. It is the unforgettable story of Selina Peake DeJong, a gambler′s daughter, and her struggles to stay afloat and maintain her dignity and her sanity in the face of marriage, widowhood, and single parenthood. A brilliant literary masterwork from one of the twentieth century′s most accomplished and admired writers, the remarkable So Big still resonates with its unflinching view of poverty, sexism, and the drive for success. 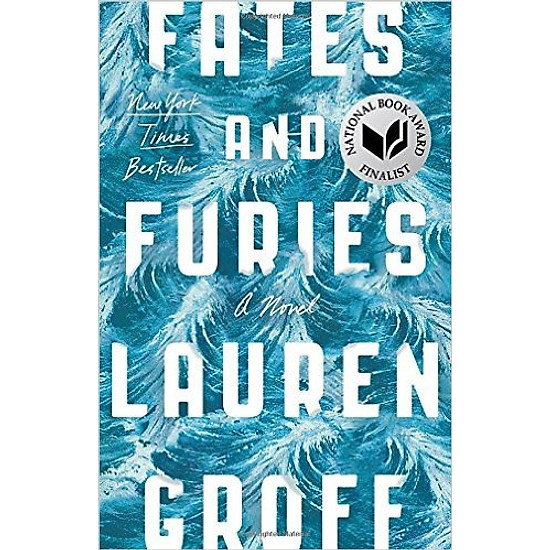 Fates And Furies: A Novel

Fates And Furies: A Novel 'Lauren Groff is a writer of rare gifts, and Fates and Furies is an unabashedly ambitious novel that delivers – with comedy, tragedy, well-deployed erudition and unmistakable glimmers of brilliance throughout.' —The New York Times Book Review (cover review) 'Elaborate, sensual...a writer whose books are too exotic and unusual to be missed.'—The New York Times  'Fates and Furies is a clear-the-ground triumph.' —Ron Charles, The Washington Post From the award-winning, New York Times- bestselling author of The Monsters of Templeton and Arcadia, one of the most anticipated books of the fall: an exhilarating novel about marriage, creativity, art, and perception. Fates and Furies is a literary masterpiece that defies expectation. A dazzling examination of a marriage, it is also a portrait of creative partnership written by one of the best writers of her generation. Every story has two sides. Every relationship has two perspectives. And sometimes, it turns out, the key to a great marriage is not its truths but its secrets. At the core of this rich, expansive, layered novel, Lauren Groff presents the story of one such marriage over the course of twenty-four years. At age twenty-two, Lotto and Mathilde are tall, glamorous, madly in love, and destined for greatness. A decade later, their marriage is still the envy of their friends, but with an electric thrill we understand that things are even more complicated and remarkable than they have seemed. With stunning revelations and multiple threads, and in prose that is vibrantly alive and original, Groff delivers a deeply satisfying novel about love, art, creativity, and power that is unlike anything that has come before it. Profound, surprising, propulsive, and emotionally riveting, it stirs both the mind and the heart. 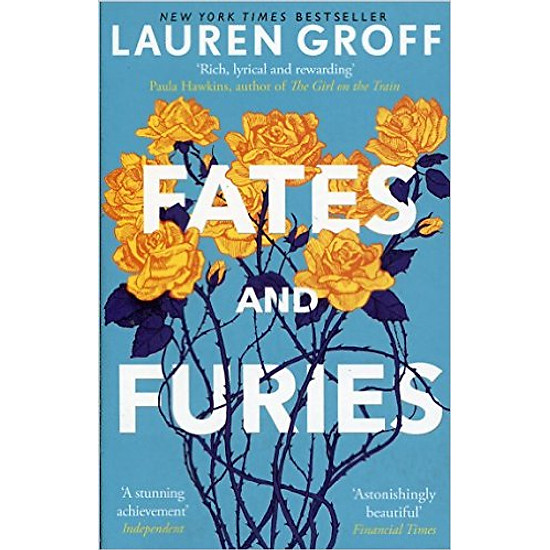 Fates And Furies Every story has two sides. Every relationship has two perspectives. And sometimes, it turns out, the key to a great marriage is not its truths but its secrets. At age twenty-two, Lotto and Mathilde are tall, glamorous, madly in love and destined for greatness. A decade later, their marriage is still the envy of their friends, but behind closed doors things are even more complicated and remarkable than they have seemed. 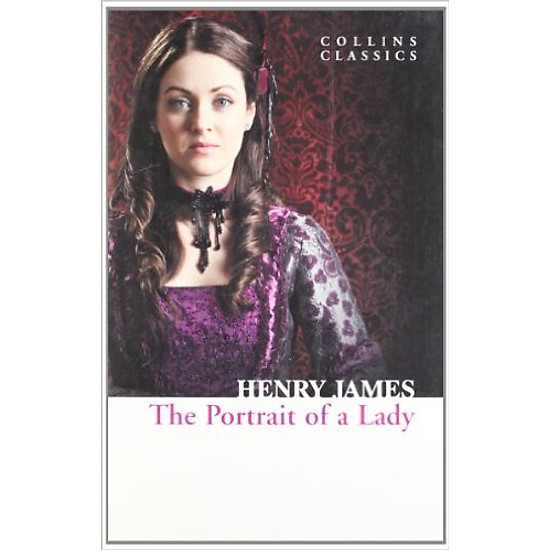 The Portrait Of A Lady

The Portrait Of A Lady HarperCollins is proud to present its new range of best-loved, essential classics. 'Money′s a horrid thing to follow, but a charming thing to meet.' Isabel Archer is a beautiful, intelligent and independent young woman. Brought from America to England by her wealthy Aunt who seeks to further her education and find her niece a husband, Isabel is determined to shape her own future – one that does not necessarily entail becoming a wife. Isabel inherits a fortune when her rich uncle dies and feels even more inclined to turn down two eligible suitors on the basis that she is a woman of her own means. However, a trip to Italy heralds her downfall when she meets the charming Gilbert Osmond, a worthless, yet ambitious and scheming dilettante. 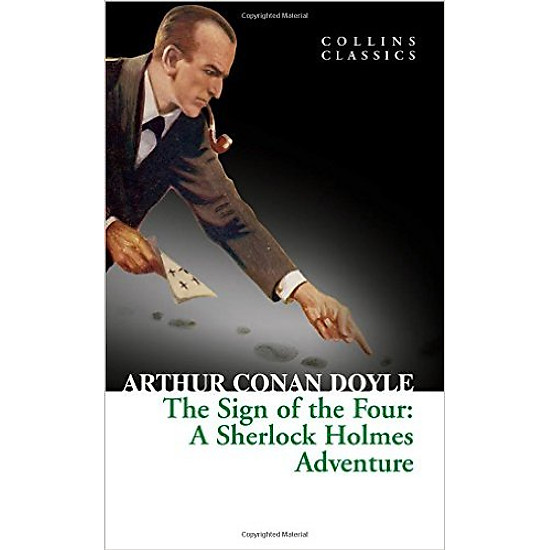 The Sign Of The Four HarperCollins is proud to present its incredible range of best-loved, essential classics. 'I abhor the dull routine of existence. I crave for mental exaltation. That is why I have chosen my own particular profession, or rather created it, for I am the only one in the world…' In London, 1888, the razor-sharp detective skills of Sherlock Holmes are to be put to the test. Mary Morstan reports two seemingly unconnected and inexplicable events: the disappearance of her father, a British Indian Army Captain, and the arrival of pearls by post from an unknown sender. Driven on by its complexity, Holmes and Watson slowly begin to unravel an intricate web of exotic treasure, secret pacts and mysterious deaths. One of only four novels featuring Sherlock Holmes and his trusty sidekick Watson, ‘The Sign of the Four’ will delight those who have been captivated by Arthur Conan Doyle’s short stories. 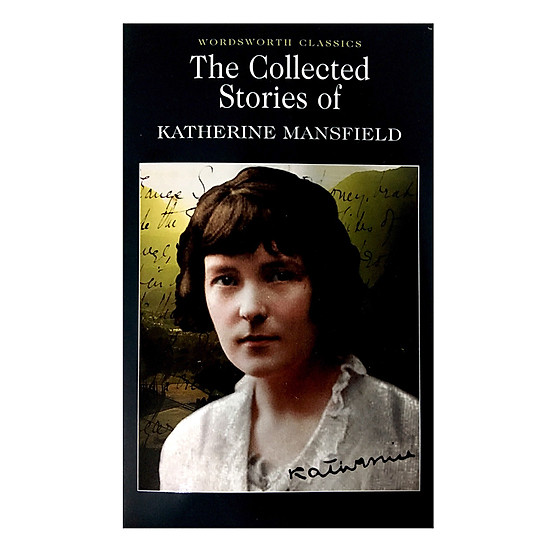 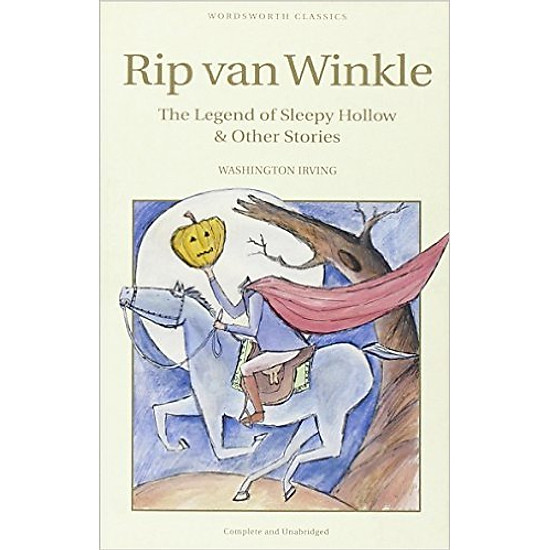 Rip Van Winkle, The Legend Of Sleepy Hollow And Other Stories

Rip Van Winkle, The Legend Of Sleepy Hollow And Other Stories Rip van Winkle is an amiable man whose home and farm suffer from his lazy neglect; a familiar figure about the village, he is loved by all except his wife. One autumn day he escapes her nagging to wander up into the mountains, and there after drinking some liquor offered to him by a band of very strange folk, he settles down under a shady tree and falls asleep. He wakes up twenty years later and returns to his village to find that not only is his wife dead but war and revolution have changed many things. He, on the other hand, although older is not appreciably wiser and soon slips back into his idle habits. The Legend of Sleepy Hollow tells of conscientious schoolmaster Ichabod Crane. Orderly and strict in school, out of school his life is disorderly and his head full of fearful fantasies. He is in love with the beautiful Katrina but has a rival for her hand, a dashing young hero who, together with his prankster friends, plays on Ichabod′s superstitions, notably with the story of a headless horseman who haunts the region. Tragedy strikes when their hapless victim encounters just such an apparition when returning home one dark and especially dismal night ...Three equally compelling stories, The Spectre Bridegroom, The Pride of the Village and Mountjoy, complete this collection of classic tales from the inspired pen of Washington Irving, one of America′s greatest writers. 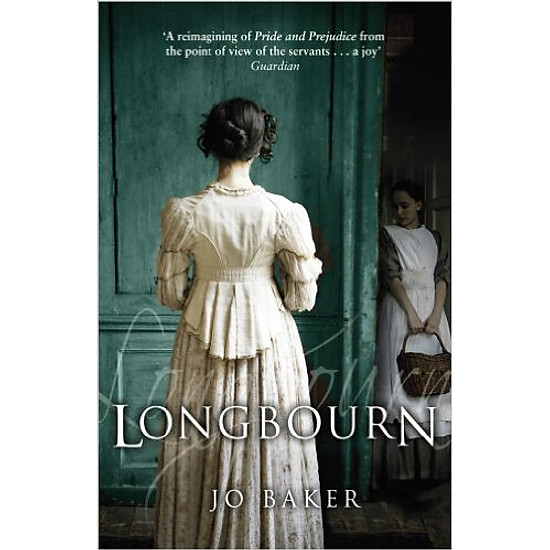 Longbourn THE SUNDAY TIMES TOP TEN BESTSELLERA RICHARD AND JUDY BOOKCLUB PICK′Utterly engrossing′ GuardianIt is wash-day for the housemaids at Longbourn House, and Sarah′s hands are chapped and raw. Domestic life below stairs, ruled with a tender heart and an iron will by Mrs Hill the housekeeper, is about to be disturbed by the arrival of a new footman, bearing secrets and the scent of the sea.