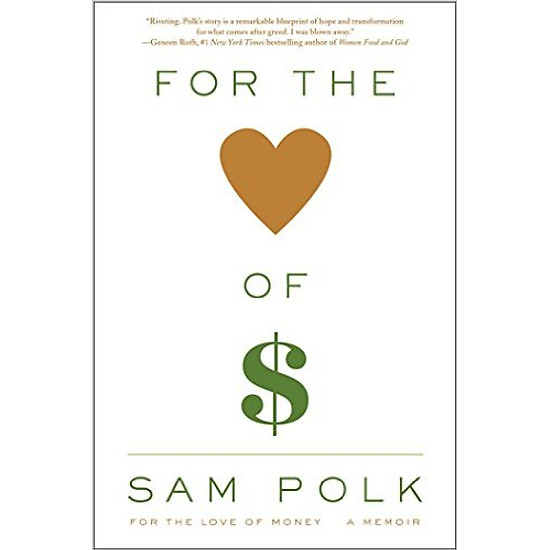 For The Love Of Money

For The Love Of Money In 2014, a former hedge fund trader’s New York Times Sunday Review front page article about wealth addicition instantly went viral. This is his unflinching memoir about coming of age on Wall Street, fighting to overcome the ghosts of his past-and the radical new way he now defines success. At just thirty years old, Sam Polk was a senior trader for one of the biggest hedge funds on Wall Street, on the verge of making it to the very top. When he was offered an annual bonus of $3.75 million, he grew angry because it was not enough. In that moment he knew he had lost himself in his obsessive pursuit of money. And he had come to loathe the culture-the shallowness, the sexism, the crude machismo-and Wall Street’s use of wealth as the sole measure of a person’s worth. He decided to walk away from it all. For Polk, becoming a Wall Street trader was the fulfillment of his dreams. But in reality it was just the culmination of a life of addictive and self-destructive behaviors, from overeating, to bulimia, to alcohol and drug abuse. His obsessive pursuit of money papered over years of insecurity and emotional abuse. Making money was just the latest attempt to fill the void left by his narcisstic and emotionally unavailable father. As in Liar’s Poker, Polk brings readers into the rarefied world of Wall Street trading floors, capturing the modern frustrations of young graduates drawn to Wall Street. Raw, vivid, and immensely readable, For the Love of Money explores the birth of a young hedge fund trader, his disillusionment, and the radical new way he has come to define success.