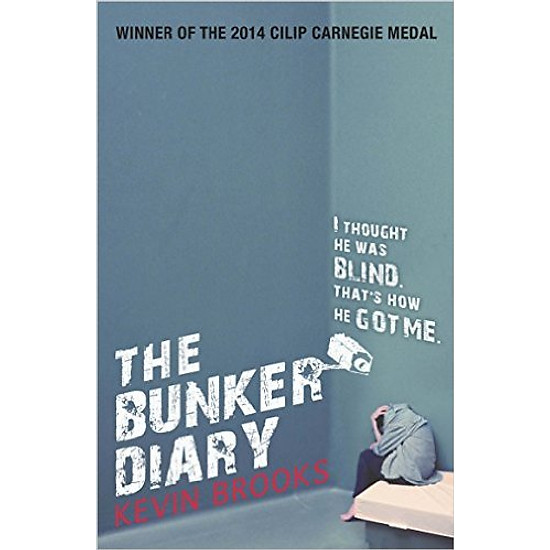 The Bunker Diary Room meets Lord of the Flies, The Bunker Diary is award-winning, young adult writer Kevin Brooks′s pulse-pounding exploration of what happens when your worst nightmare comes true - and how will you survive? I can′t believe I fell for it. It was still dark when I woke up this morning. As soon as my eyes opened I knew where I was. A low-ceilinged rectangular building made entirely of whitewashed concrete. There are six little rooms along the main corridor. There are no windows. No doors. The lift is the only way in or out. What′s he going to do to me? What am I going to do? If I′m right, the lift will come down in five minutes. It did. Only this time it wasn′t empty . . . Praise for The Bunker Diary: [Kevin Brooks′] pacey plots . . . have made him a cult among teens. This, though, is the big one. It should be read by everyone. - Amanda Craig, The Times Kevin Brooks has won the Branford Boase Award and been shortlisted for the Guardian Children′s Fiction Award, the Booktrust Teenage Prize, the Manchester Book Award and for the Carnegie Medal (for Martyn Pig, Road of the Dead and Black Rabbit Summer). Kevin Brooks was born in Exeter and studied in Birmingham and London. He had a varied working life, with jobs in a crematorium, a zoo, a garage and a post office, before - happily - giving it all up to write books. Kevin is the author of Being, Black Rabbit Summer, Killing God (published as Dawn in the USA), iBoy and Naked for Penguin. He now lives in North Yorkshire.