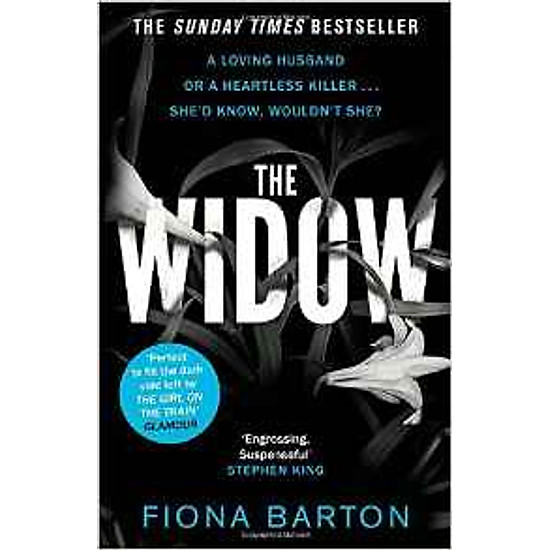 The Widow ′If you liked GONE GIRL and THE GIRL ON THE TRAIN, you might want to pick up THE WIDOW by Fiona Barton. Engrossing. Suspenseful′ Stephen KingWe′ve all seen him: the man - the monster - staring from the front page of every newspaper, accused of a terrible crime.But what about her: the woman who grips his arm on the courtroom stairs – the wife who stands by him?Jean Taylor’s life was blissfully ordinary. Nice house, nice husband. Glen was all she’d ever wanted: her Prince Charming. Until he became that man accused, that monster on the front page. Jean was married to a man everyone thought capable of unimaginable evil.But now Glen is dead and she’s alone for the first time, free to tell her story on her own terms.Jean Taylor is going to tell us what she knows.Du Maurier′s REBECCA meets WE NEED TO TALK ABOUT KEVIN and GONE GIRL in this intimate tale of a terrible crime.′The ultimate psychological thriller′ Lisa Gardner