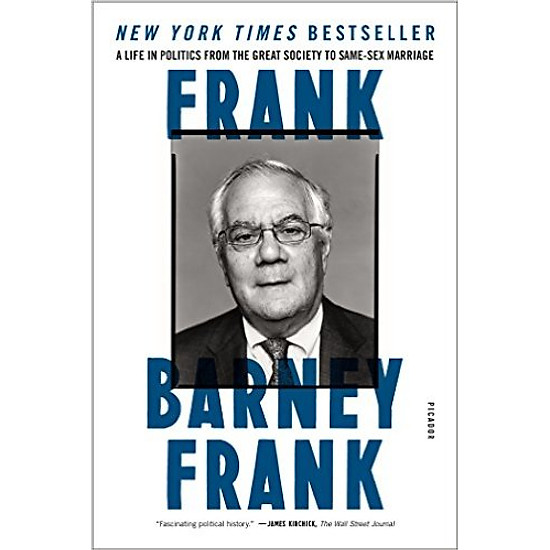 Frank: A Life In Politics From The Great Society To Same-Sex Marriage

Frank: A Life In Politics From The Great Society To Same-Sex Marriage Growing up in Bayonne, New Jersey, Barney Frank made two vital discoveries about himself: he was attracted to government, and to men. He resolved to make a career out of the first and to keep the second a secret. Now, his sexual orientation is widely accepted, while his belief in government is embattled.Frank: A Life in Politics from the Great Society to Same-Sex Marriage is his account of America’s transformation―and the tale of a truly momentous career. From the battle over AIDS funding in the 1980s to the 2008 financial crisis, Barney Frank played a key role, and in this feisty and often moving memoir, he candidly discusses the satisfactions, fears, and grudges that come with elected office. He recalls the emotional toll of living in the closet while publicly crusading against homophobia. He discusses painful quarrels with allies; friendships with public figures, from Tip O’Neill to Sonny Bono; and how he found love with his husband, Jim Ready, becoming the first sitting member of Congress to enter a same-sex marriage. The result is the story of an extraordinary political life, an original argument for rebuilding trust in government, and a guide to how change really happens―composed by a master of the art.