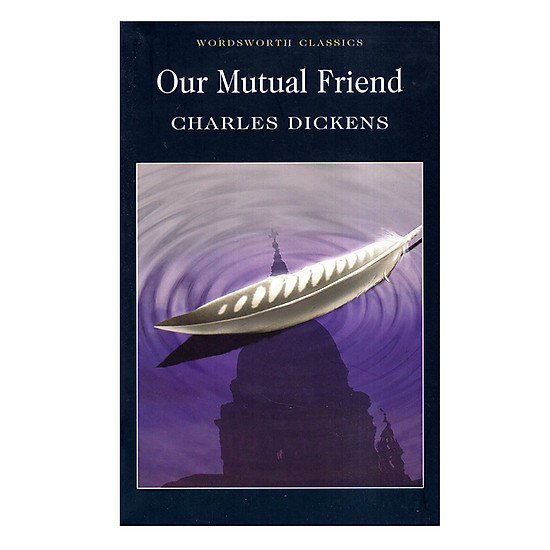 Our Mutual Friend was the last novel Charles Dickens completed and is, arguably, his darkest and most complex. The basic plot is vintage Dickens: an inheritance up for grabs, a murder, a rocky romance or two, plenty of skullduggery, and a host of unforgettable secondary characters. But in this final outing the author′s heroes are more flawed, his villains more sympathetic, and the story as a whole more harrowing and less sentimental. The mood is set in the opening scene in which a riverman, Gaffer Hexam, and his daughter Lizzie troll the Thames searching for drowned men whose pockets Gaffer will rifle before turning the body over to the authorities. On this particular night Gaffer finds a corpse that is later identified as that of John Harmon, who was returning from abroad to claim a large fortune when he was apparently murdered and thrown into the river.Harmon′s death is the catalyst for everything else that happens in the novel.

It seems the fortune was left to the young man on the condition that he marry a girl he′d never met, Bella Wilfer. His death, however, brings a new heir onto the scene, Nicodemus Boffin, the kind-hearted but low-born assistant to Harmon′s father. Boffin and his wife adopt young Bella, who is determined to marry money, and also hire a mysterious young secretary, John Rokesmith, who takes an uncommon interest in their ward. Not content with just one plot, Dickens throws in a secondary love story featuring the riverman′s daughter, Lizzie Hexam; a dissolute young upper-class lawyer, Eugene Wrayburn; and his rival, the headmaster Bradley Headstone. Dark as the novel is, Dickens is careful to leaven it with secondary characters who are as funny as they are menacing--blackmailing Silas Wegg and his accomplice Mr. Venus, the avaricious Lammles, and self-centered Charlie Hexam. Our Mutual Friend is one of Dickens′s most satisfying novels, and a fitting denouement to his prolific career.

(Alix Wilber - This text refers to an alternate Paperback edition)