Zen Gardens Shunmyo Masuno, Japan′s leading garden designer, is at once Japan′s most highly acclaimed landscape architect and an 18th-generation Zen Buddhist priest, presiding over daily ceremonies at the Kenkoji Temple in Yokohama. He is celebrated for his unique ability to blend strikingly contemporary elements with the traditional design vernacular. He has worked in ultramodern urban hotels and in some of Japan′s most famous classic gardens. In each project, his work as a designer of landscape architecture is inseparable from his Buddhist practice. Each becomes a Zen garden, 'a special spiritual place where the mind dwells.' This beautiful book, illustrated with more than 400 drawings and color photographs, is the first complete retrospective of Masuno′s work to be published in English. It presents 37 major gardens around the world in a wide variety of types and settings: traditional and contemporary, urban and rural, public spaces and private residences, and including temple, office, hotel and campus venues. Masuno achieved fame for his work in Japan, but he is becoming increasingly known internationally, and in 2011 completed his first commission in the United States which is shown here. Zen Gardens, divided into three chapters, covers: 'Traditional Zen Gardens,' 'Contemporary Zen Gardens' and 'Zen Gardens outside Japan.' Illustrated with photographs and architectural plans or sketches, each Zen garden design is described and analyzed by author Mira Locher, herself an architect and a scholar well versed in Japanese culture. Celebrating the accomplishments of a major, world-class designer, Zen Gardens also serves as something of a master class in Japanese garden design and appreciation: how to perceive a Japanese garden, how to understand one, even how to make one yourself. Like one of Masuno′s gardens, the book can be a place for contemplation and mindful repose.

New China Architecture Featuring hundreds of photographs and extensive commentary, this modern architecture and design book showcases the dynamic structures of today′s China. By China′s booming cities are evolving at a dizzying speed, and her new wealth has created a dynamic environment for architecture and construction. New China Architecture documents the spectacular transformation modern China has undergone in recent decades as the heady push to prosperity has inspired architects from China and around the globe to produce striking new designs. Award-winning professor of architecture, Xing Ruan, covers the entire range of China′s most captivating new building projects—from Shanghai skyscrapers to public buildings in Beijing and Guangzhou, and from cutting-edge private homes and gleaming new airports to theaters and universities throughout China. Over the past few decades, architects, urban planners, and design aficionados everywhere have watched China′s spectacular urban transformation with awe, and New China Architecture offers them a closer look at the country′s most innovative new buildings. 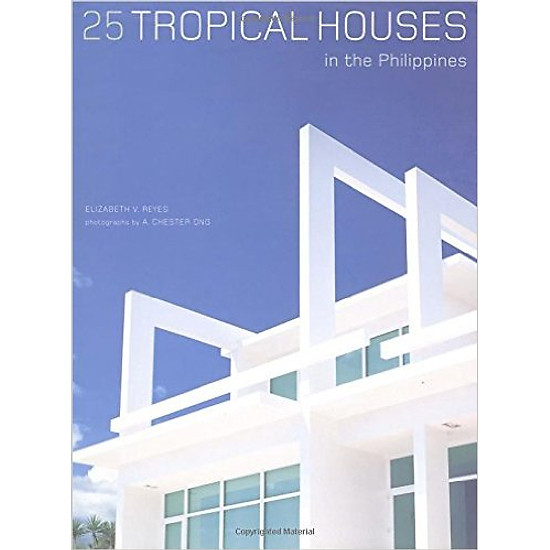 25 Tropical Houses In The Philippines

25 Tropical Houses In The Philippines 25 Tropical Houses of the Philippines features top Filipino architects and designers with ideas that are stylish, contemporary, and show twenty-first century savvy. The Philippines has long been known for creative designs and furniture and for the sill of its artisans in crafting modern products from traditional materials. This book takes a giant step forward into the realm of modern architecture and interior design. Twenty-five stunning homes showcase the best of residential design by a number of outstanding Filipino architects and designers. It offers a tour of stunning structures ranging from gracious pavilion-houses in elite subdivisions of Manila to elegant vacation homes of Batangas and Mindoro. Blending the graceful proportions of Asian design forms with the rigorous discipline and modernization of Western architecture, the houses retain an affinity with natural materials warm hardwoods, rustic stone and slate, earthy clay and tile at the same time introducing innovative use of glass, concrete, steel, and aluminum. Water elements and lush tropical gardens complete the transition from traditional conventions to Asian architectural fusion and international modernist trends.

Asian Resorts With over 300 gorgeous photographs, this book is an exploration of Asia′s most stunning hotels and resorts.From a stilled villa above a blue lagoon in the Maldives and a remote yoga resort in the hills of Bhutan to serene enclaves in the bustling cities of Dubai and Bangkok, Asia offers an unmatched range of luxurious accommodations to satisfy those looking to escape or in search of a one-of-a-kind experience. Beach resorts, hill resorts, spa resorts, health resorts, golf resorts—there is something for every top-tear vacationer.All the Asian hotels and resorts showcased in this book spread over a vast area between the Indian and Pacific Oceans, epitomize grandeur and opulence and inimitable Asian hospitality. All are renowned for their magnificent settings, distinctive local architecture, lavish living spaces, contemporary styling with an Asian twist and impeccable service. And all fuse modern-day, taken-for-granted amenities with rich cultural traditions and warm and friendly hospitality. Sure to be a wonderful addition to any design or travel book collection, Asian Resorts is a wonderful guide to many of the best luxury accommodations in Asia. 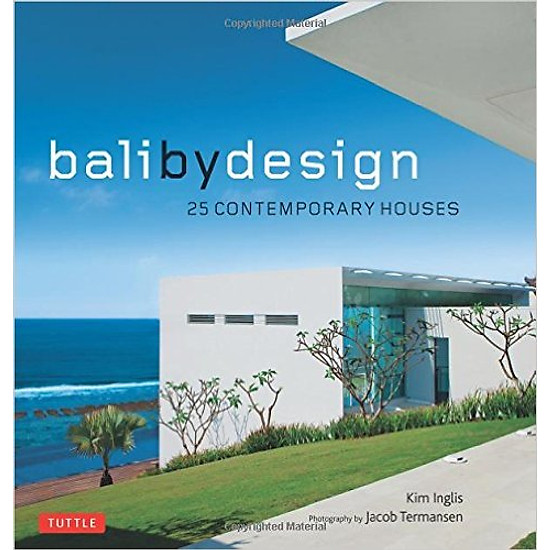 Bali By Design Bali has long been a creative inspiration for the world providing exciting new design ideas that are emulated today in homes and hotels around the globe. The open to the elements bathroom with interior courtyard garden, the giant bamboo sofa with handwoven cushion covers, and the garden pavilion or bale with raised platform seating are all examples of concepts that originated on the island. All these and much more may be viewed in Bali By Design. Bali By Designs provides coverage of the latest and best design work in Bali today. Featuring 25 stunning contemporary homes, it showcases the ideas of a new generation of talented international and Indonesian designers. Each of these extraordinary houses presents new solutions for age-old challenges illustrating how stylish modern lifestyles may be achieved through clever architecture and interior design. See the selection of artful furniture and furnishings in open, airy rooms, the inclusion of natural stone in shady courtyards and swimming pools, and the plethora of handcrafted surfaces, objects and artifacts. Many of these Balinese houses explore ways of reducing power consumption for a more sustainable, low-carbon future. Others present a modern urban version of the tropical Bali interior design style that has its roots in a traditional rural environment. All, however, combine modern technology with exotic local materials Balinese sandstone, volcanic rock, recycled ulin wood for breezy indoor-outdoor living. With over 300 stunning photographs by Danish photographer Jacob Termansen and an insightful text by British author Kim Inglis, this book is a fitting testament to the originality and talent of Bali′s design world. 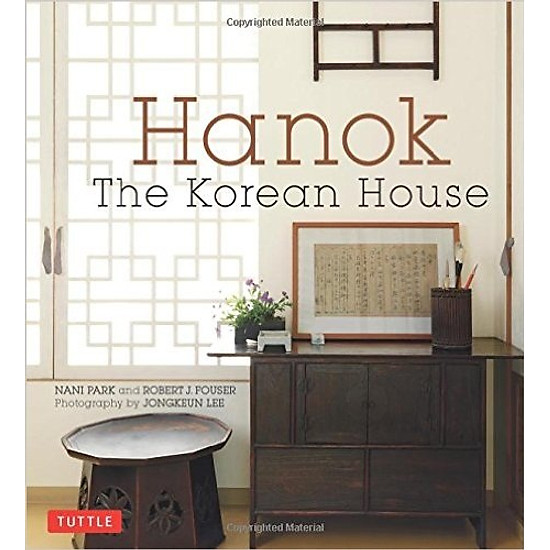 Hanok: The Korean House In recent decades, few nations have transformed themselves as radically as Korea. Amid Seoul′s glass-and-steel skyscrapers and luxury apartments, however, the traditional Korean home or Hanok is experiencing a surprising renaissance. Hanok: The Korean House showcases twelve very special Hanok that reflect today′s Korea a country that′s putting a modern twist on traditional values. While the exteriors of these houses are indistinguishable from Hanok built decades ago, the interior designs have been completely updated. Traditional materials of stone, wood, and clay are still the only components used in these houses. They also incorporate natural elements such as wind and sunlight, and baesanimsu known in Chinese as feng shui used to position the Hanok in harmony with the natural forces and geographical features of the site. But many of these new Hanok owners are architects who have incorporated open floor plans and cutting-edge architectural elements to create a more functional home. 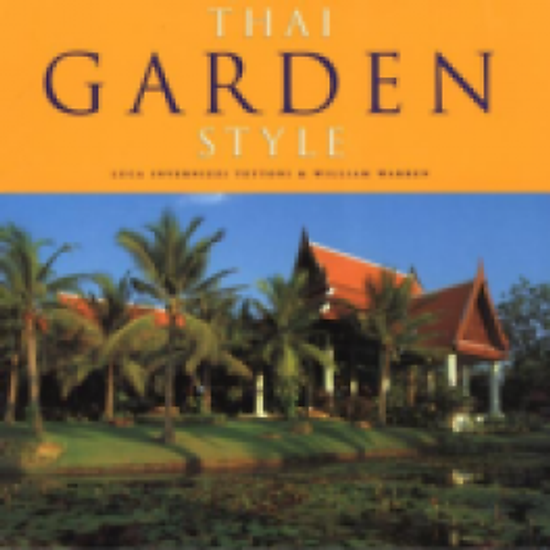 Thai Garden Style Thailand is home to some of the world’s most stunning tropical gardens. This extraordinary book captures the best of these gardens in brilliant photographs and detailed text. 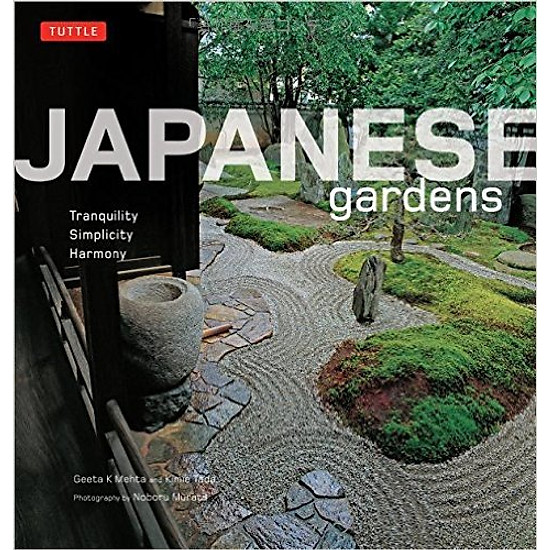 Japanese Gardens Featuring beautiful photographs and insightful commentary this Japanese gardening book is a must have for any gardening or zen enthusiast. At the heart of a Japanese garden is harmony with nature. More than simply a landscape of trees and flowering shrubs, a Japanese garden provides a place of serenity and rest, filled with peaceful spots that lend themselves to meditation and contemplation. Japanese Gardens celebrates and illustrates this ideal, showcasing the exquisite natural beauty of more than 20 quintessentially Japanese gardens—big and small, urban and rural, traditional and contemporary. The expert author-and-photographer team behind this book excels at capturing and explaining the essential elements and techniques that distinguish Japanese garden design from that of other countries. The featured sites reflect a cross section of Japanese culture and history including large feudal period gardens, temple and Zen gardens and private countryside gardens. The mountain flower garden, tea garden, rock garden and bonsai garden alike are all celebrated and appreciated in this beautiful book. 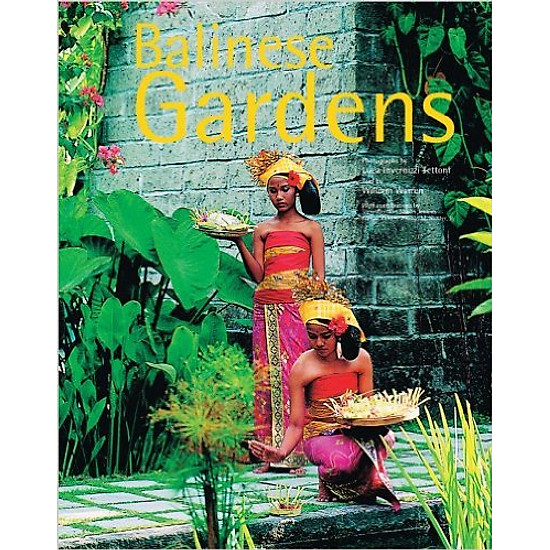 Balinese Gardens Bali is a tropical island with beautiful landscapes, mountains, forests and orchards. The coastal plains are covered by rice fields and vegetable gardens, but cultivation of the land is not restricted to farming: the island also boasts a wealth of gardens found in the grounds of temples, palaces, hotels and private houses where greenery and tropical flowers are mixed with ornamental sculpture, pools and running water. This book presents photographs of a selection of the best of these gardens, and the text examines both traditional and contemporary gardens, as well as looking at the broader physical and cultural environment in which these are found.

The New Indonesian House presents twenty-eight homes in Jakarta, Bandung, Yogyakarta and Bali that illustrate the remarkable advances that have taken place in residential design in Indonesia over the last two decades. Indonesia′s new generation of architects demonstrates not only their Absorption of modern influences from the West and the more recent processes of globalization but also their sensitivity to the physical environment, the social context and the aspirations of the leading elite. With its stunning color photographs, The New Indonesian House will both delight and inspire the application e of its exhilarating architectural expressions in any global setting.

The New Malaysian House is a collection of 25 contemporary houses that demonstrate a remarkable flowering of Malaysian design talent that has been germinating since the mid- 1980s. The houses range from luxury detached bungalows set in extensive tropical gardens to weekend retreats in the forest, from the gated communities springing up throughout Malaysia to extended family homes. All are distinguished by a singular quality of innovative design as the architects sought to explore new approaches for designing with the climate and in the cultural context of Malaysia. 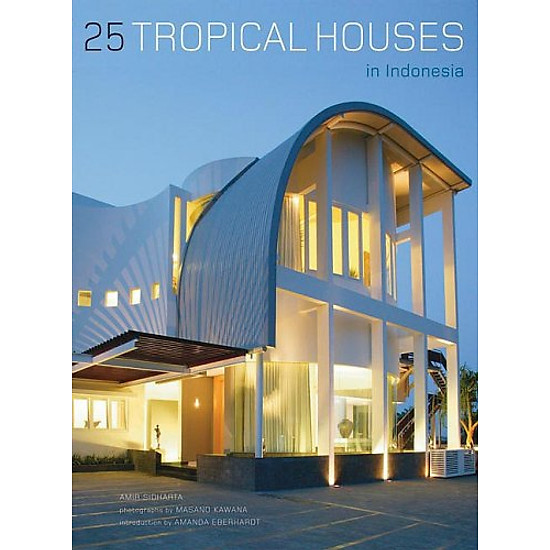 25 Tropical Houses in Indonesia offers a selection of the best contemporary architecture in the archipelago, ranging from a new type of urban shop house to dramatic and flamboyant buildings emerging from the countryside. Drawing on classical Indonesian aesthetics and conventions and blending these with dynamic, cutting-edge design ideas, modern architecture in Indonesia has become dramatically aligned with international concepts of space, incorporating stunning local elements and materials.