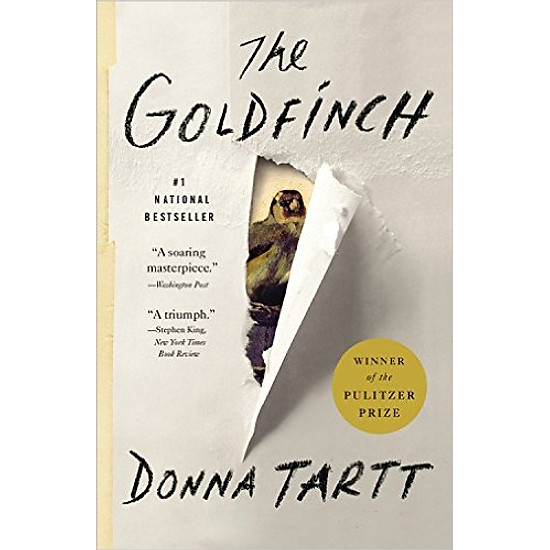 The Goldfinch Theo Decker, a 13-year-old New Yorker, miraculously survives an accident that kills his mother. Abandoned by his father, Theo is taken in by the family of a wealthy friend. Bewildered by his strange new home on Park Avenue, disturbed by schoolmates who don′t know how to talk to him, and tormented above all by his longing for his mother, he clings to the one thing that reminds him of her: a small, mysteriously captivating painting that ultimately draws Theo into the underworld of art. As an adult, Theo moves silkily between the drawing rooms of the rich and the dusty labyrinth of an antiques store where he works. He is alienated and in love--and at the center of a narrowing, ever more dangerous circle. The Goldfinch is a mesmerizing, stay-up-all-night and tell-all-your-friends triumph, an old-fashioned story of loss and obsession, survival and self-invention, and the ruthless machinations of fate. 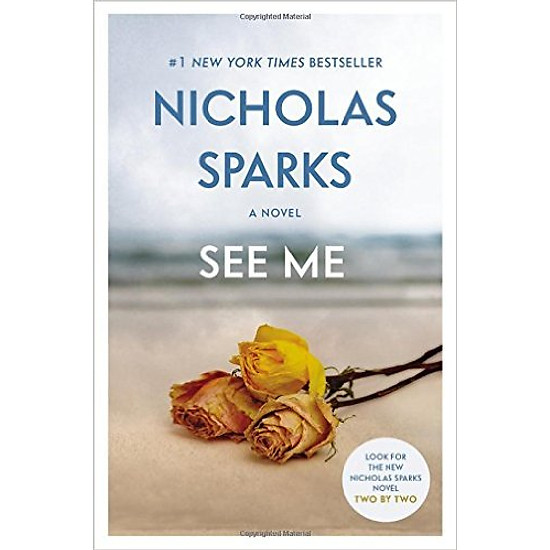 See Me See me just as I see you . . .Colin Hancock is giving his second chance his best shot. With a history of violence and bad decisions behind him and the threat of prison dogging his every step, he′s determined to walk a straight line. To Colin, that means applying himself single-mindedly toward his teaching degree and avoiding everything that proved destructive in his earlier life. Reminding himself daily of his hard-earned lessons, the last thing he is looking for is a serious relationship.Maria Sanchez, the hardworking daughter of Mexican immigrants, is the picture of conventional success. With a degree from Duke Law School and a job at a prestigious firm in Wilmington, she is a dark-haired beauty with a seemingly flawless professional track record. And yet Maria has a traumatic history of her own, one that compelled her to return to her hometown and left her questioning so much of what she once believed.A chance encounter on a rain-swept road will alter the course of both Colin and Maria′s lives, challenging deeply held assumptions about each other and ultimately, themselves. As love unexpectedly takes hold between them, they dare to envision what a future together could possibly look like . . . until menacing reminders of events in Maria′s past begin to surface.Rich in emotion and fueled with suspense, SEE ME reminds us that love is sometimes forged in the crises that threaten to shatter us . . . and that those who see us for who we truly are may not always be the ones easiest to recognize. 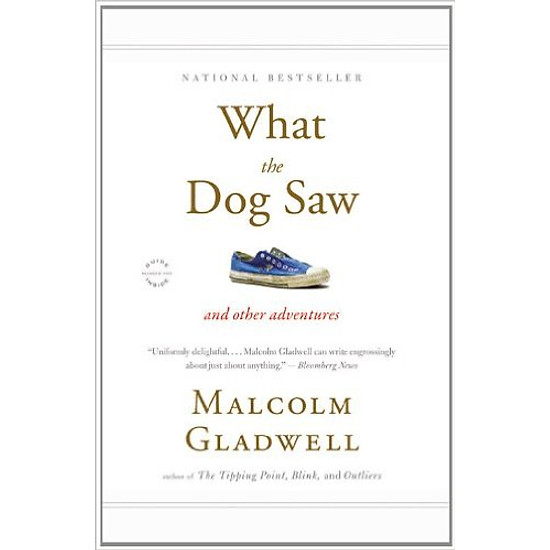 What The Dog Saw: And Other Adventures

What The Dog Saw: And Other Adventures What is the difference between choking and panicking? Why are there dozens of varieties of mustard-but only one variety of ketchup? What do football players teach us about how to hire teachers? What does hair dye tell us about the history of the 20th century?In the past decade, Malcolm Gladwell has written three books that have radically changed how we understand our world and ourselves: The Tipping Point; Blink; and Outliers. Now, in What the Dog Saw, he brings together, for the first time, the best of his writing from The New Yorker over the same period.Here is the bittersweet tale of the inventor of the birth control pill, and the dazzling inventions of the pasta sauce pioneer Howard Moscowitz. Gladwell sits with Ron Popeil, the king of the American kitchen, as he sells rotisserie ovens, and divines the secrets of Cesar Millan, the 'dog whisperer' who can calm savage animals with the touch of his hand. He explores intelligence tests and ethnic profiling and 'hindsight bias' and why it was that everyone in Silicon Valley once tripped over themselves to hire the same college graduate.'Good writing,' Gladwell says in his preface, 'does not succeed or fail on the strength of its ability to persuade. It succeeds or fails on the strength of its ability to engage you, to make you think, to give you a glimpse into someone else′s head.' What the Dog Saw is yet another example of the buoyant spirit and unflagging curiosity that have made Malcolm Gladwell our most brilliant investigator of the hidden extraordinary. 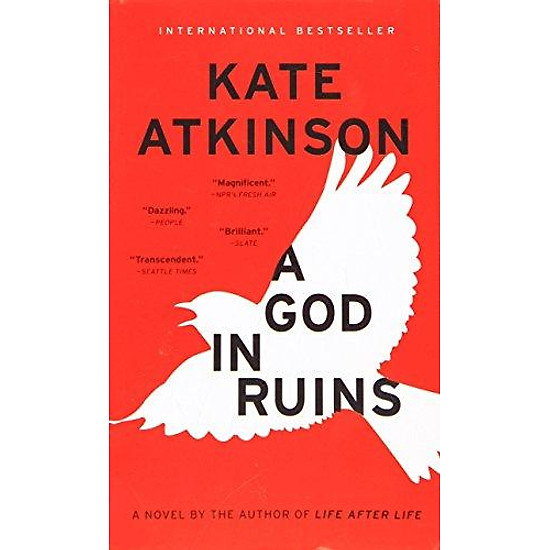 A Good In Ruin

Kate Atkinson′s dazzling Life After Life explored the possibility of infinite chances and the power of choices, following Ursula Todd as she lived through the turbulent events of the last century over and over again. A GOD IN RUINS tells the dramatic story of the 20th Century through Ursula′s beloved younger brother Teddy--would-be poet, heroic pilot, husband, father, and grandfather-as he navigates the perils and progress of a rapidly changing world. After all that Teddy endures in battle, his greatest challenge is living in a future he never expected to have. An ingenious and moving exploration of one ordinary man′s path through extraordinary times, A GOD IN RUINS proves once again that Kate Atkinson is one of the finest novelists of our age.

Planes: Fire & Rescue Dusty′s Big Job Follow the thrilling adventures of Dusty Crophopper and all his pals in this exciting storybook. Plus, download the Planes Storybook Deluxe app!

Palace Pets: Pumpkin The Puppy For Cinderella Take Cinderella′s puppy, Pumpkin, on the go with the new Palace Pets Touch-and-Feel Purse Book. This exciting new format is sure to become every young girl′s favorite accessory.

NYPD Red 3 NYPD Red is the elite, highly trained task force assigned to protect the rich, the famous, and the connected. And Detective Zach Jordan and his partner Kylie MacDonald-the woman who broke his heart at the police academy-are the best of the best, brilliant and tireless investigators who will stop at nothing to deliver justice. Zach and Kylie′s New Year′s celebrations are cut short when they′re called to the home of billionaire businessman Hunter Alden, Jr. after he makes a grisly discovery in his townhouse garage. When Alden′s teenage son goes missing soon afterwards, and his father seems oddly reluctant to find him, Zach and Kylie find themselves in the middle of a chilling conspiracy that threatens everyone in its wake-especially their city′s most powerful citizens. NYPD Red 3 is the next sensational novel in James Patterson′s explosive new series, a thriller that goes behind the closed doors of New York high society and into the depths of depravity.

Jake And The Never Land Pirates Pirate Tales This value-packed box set of four swashbuckling board books stars Jake, Izzy, Cubby and the rest of the Never Land crew. The convenient carrying case with plastic handle and velcro closure is perfect to bring to school, take on the road, or keep for storytime at home!Box Set Includes: 'Adventure Ahoy!''The Tick-Tock Treasure''Cubby′s Musical Caper''Pixie Dust Away' 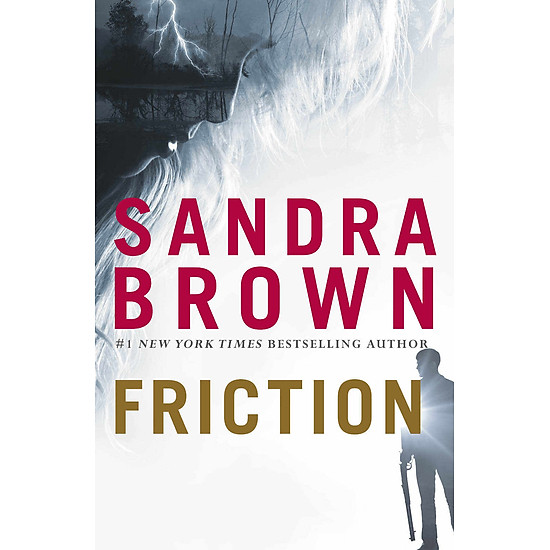 Friction Crawford Hunt wants his daughter back. Following the death of his wife four years ago, Crawford, a Texas Ranger, fell into a downward spiral that left him relegated to deskwork and with his five-year-old daughter Georgia in the custody of her grandparents. But Crawford has cleaned up his act, met all the court imposed requirements, and now the fate of his family lies with Judge Holly Spencer. Holly, ambitious and confident, temporarily occupies the bench of her recently deceased mentor. With an election upcoming, she must prove herself worthy of making her judgeship permanent. Every decision is high-stakes. Despite Crawford′s obvious love for his child and his commitment to being an ideal parent, Holly is wary of his checkered past. Her opinion of him is radically changed when a masked gunman barges into the courtroom during the custody hearing. Crawford reacts instinctually, saving Holly from a bullet. But his heroism soon takes on the taint of recklessness. The cloud over him grows even darker after he uncovers a horrifying truth about the courtroom gunman and realizes that the unknown person behind the shooting remains at large . . .and a threat. Catching the real culprit becomes a personal fight for Crawford. But pursuing the killer in his customary diehard fashion will jeopardize his chances of gaining custody of his daughter, and further compromise Judge Holly Spencer, who needs protection not only from an assassin, but from Crawford himself and the forbidden attraction between them. Friction will keep you on the edge of your seat with breathtaking plot twists and the unforgettable characters that make Sandra Brown one of the world′s best-loved authors. It is an extraordinary novel about the powerful ties that bind us to the ones we love and the secrets we keep to protect them.

Doc McStuffins: Doc On Call This value-packed box set of four board books stars the ever adorable Doc McStuffins, Lambie, Stuffy and the rest of the toy gang. The convenient carrying case with plastic handle and velcro closure is perfect to bring to school, take on the road, or keep for storytime at home!

Coined The importance of money in our lives is readily apparent to everyone--rich, poor, and in between. However grudgingly, most of us accept the expression 'Money makes the world go round' as a universal truth. We are all aware of the power of money--how it influences our moods, compels us to take risks, and serves as the yardstick of success in societies around the world. Yet because we take the daily reality of money so completely for granted, we seldom question how and why it has come to play such a central role in our lives. 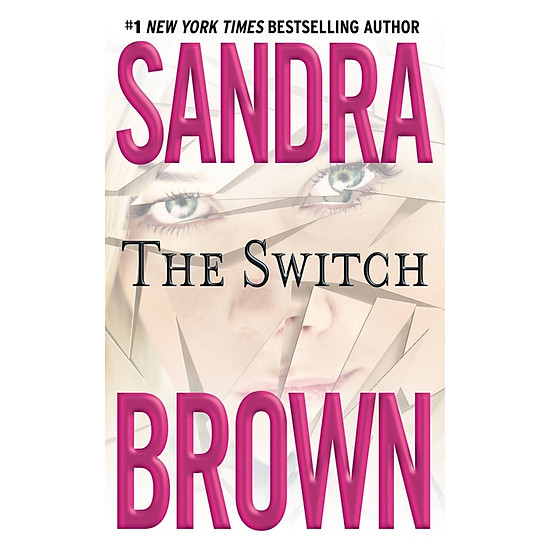 The Switch From #1 New York Times bestselling author Sandra Brown comes another masterful creation, a riveting novel of suspense, revenge, and unpredictable twists and turns...Identical twins Melina and Gillian Lloyd haven′t considered switching places since childhood. So when Melina proposes that Gillian take her place as a media escort to NASA astronaut Col. 'Chief' Hart, she refuses...at first. The following morning Melina receives terrible news: her sister has been brutally murdered-and Chief, though innocent, is the prime suspect. He and Melina are determined to find the killer, a megalomaniac whose horrific schemes require Gillian′s replacement, her identical twin-Melina.